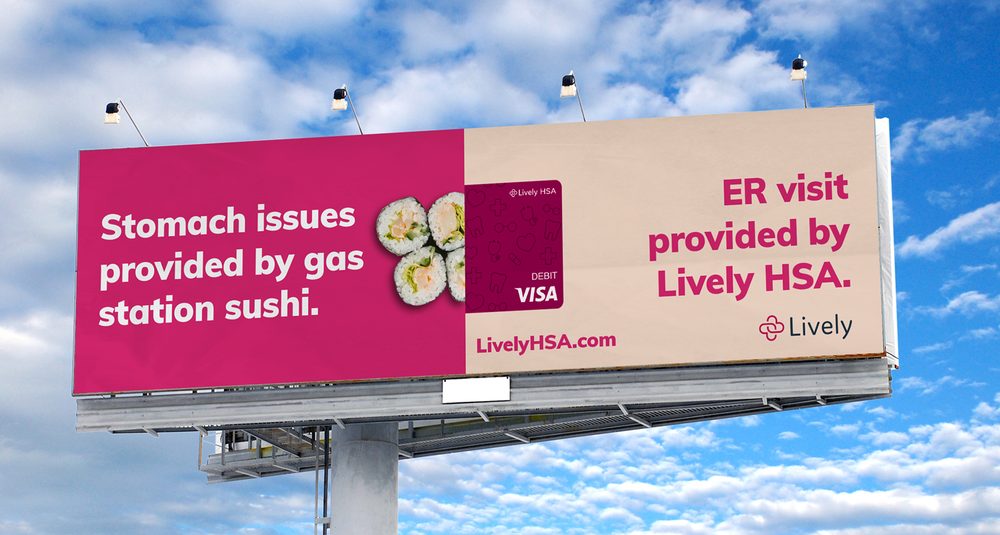 Getting off the ground as a startup is never an easy feat. It demands determination and entails navigating new and often unfamiliar territories that can be daunting for anyone. For co-founders Alex Cyriac and Shobin Uralil of Lively, a San Francisco, California-based fintech startup, one of the most integral pieces to turning their vision into a reality was finding the right partner—the right people—to help them do it.

“He’s my best friend so I asked him if he and his parents were prepared for their healthcare expenses.”

The foundation for Lively began with the shocking realization of just how expensive health care could cost even with the assistance of programs such as Medicare. It started with a simple phone call between Alex and Shobin, when Alex discovered that his mom had stopped taking her medication because of how high the co-pay had risen from month-to-month.

“I’ve known Shobin for a long time. He’s my best friend so I asked him if he and his parents were prepared for their healthcare expenses,” said Alex.

Outside of what they were expecting to receive with the help of Medicare, Shobin said his parents didn’t have anything specifically saved for out-of-pocket healthcare expenses.

Curious and concerned, the two of them continued to have additional conversations around resources that could help people save for their future healthcare. Their research led them to a special type of account called a Health Savings Account (HSA) that would put them down the path of establishing Lively.

For something that was created to help people save on the rising costs of healthcare, it seemed unnecessarily difficult to know where to begin.

Through some of their own personal experiences and additional research that included surveying a couple of hundred people, Alex and Shobin found that most people associated an overall negative experience with HSAs. As many current HSA providers are banks and credit unions, many people cited the inconveniences of having to walk into a physical bank location to open or handle their account as well as the amount of paperwork that was required as some of their biggest grievances. For something that was created to help people save on the rising costs of healthcare, it seemed unnecessarily difficult to know where to begin.

Alex and Shobin came away knowing two things: they wanted to make it easier for people to open and manage their HSAs and that meant it had to be a digital-native product.

With their vision realized, Lively was born.

Although the two of them were confident in their ability to develop a digital product, they knew they needed to find a banking partner that could help provide regulatory insight and guidance.

“After having dinner with everyone, we felt like we were a part of the Choice family already!”

With no existing business to go off of, no product and no PowerPoint deck, Alex and Shobin were faced with the challenge of many banks not wanting to work with a startup. Over the course of a few months, they met and spoke with over 15 banks before Choice’s name came their way in August of 2016.

After an initial conversation with Tim Heilman, EVP, and Chief Brand & Innovation Officer for Choice Fin powered by Choice Bank, Alex and Shobin came away feeling excited. The feeling stuck with them and soon they found themselves on a plane to Fargo to meet with Tim and the rest of the Choice Fin team in person.

“It felt so natural,” said Alex. “After having dinner with everyone, we felt like we were a part of the Choice family already!”

The next several months consisted of close collaboration with the Choice Fin team, often resulting in daily phone calls to push the boundaries of what could be. All while keeping the users’ experience front of mind.

“Alex and Shobin were very adamant about putting their users first and that resonated strongly with our own values here at Choice,” said Jake Tupa, SVP of Technology Innovation. “It felt good to know we were all aiming for the same end goal.”

“Looking back at what it took to get here, there’s no way we would’ve launched Lively without Choice.”

By March of 2017, after months of hard work, Lively celebrated their formal launch. Individuals, families, and employers interested in opening an HSA could get one up and running in under five minutes with electronically funded accounts. Everything was online with zero hassle paperwork.

Fast forward to today and they are now known as one of the top-rated HSA providers in the industry with over $300 million assets and growing.

“Looking back at what it took to get here, there’s no way we would’ve launched Lively without Choice,” said Alex. “From day one we walked away feeling like they genuinely cared about us and that hasn’t changed one bit. It’s a testament to what great partnerships are built on.”

Three Dozen Donuts and a Funeral

Pioneering the Fintech Space Together

You’ve chosen a destination outside of choicefin.io on the world wide web. Safe travels and we hope to see you again very soon!